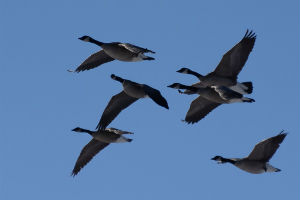 For the last year or so, I have been hearing younger people speak about not wanting to do “adulting”.  They change the noun “adult” to a verb “adulting” meaning they would prefer playing under a blanket tent or something that relieves them from taking responsibility of adulthood.

I had trouble understanding this concept, that young or middle aged adults didn’t want to be adults, because in  my simple mind, the only other option was to be immature or childish and the way I was raised, that was unacceptable.

e Andy Hardy movies would be a good example), the generation my parents were in, and most of the youth were dressed as adults, wearing suits and ties, and had the mindset of wanting to be an adult.

But that was before there was a “youth culture”.  The 1960’s changed all that.  Societal thoughts changed what it meant to live in America.  Suits were exchanged for jeans and tee shirts.  Marriage was changed from a legal commitment of a public testimony of love between two people to questioning why marriage is needed (“Man, that paper don’t mean nothing!”)

Many of the things that used to be desirable  were a family, a good job, and to own your own home.  It is my understanding that many millennials no longer share these values or at best, they delay seeking these things.

I left home at 17, just after graduating from high school.  I moved 1500 miles back to Oklahoma to get a job.  I lived with my brother and his family for a short time until I could get my own place,    I was important to me to “make it” and not to rely on others to take care of me.

Canadian geese fly in a V formation.  The lead goose is slightly below the rest of the formation.   As the leader, he expends the most energy.   When he grows tired, he drops to the back of the formation and another goose takes over for awhile.  They work as team.  If when someone says they can’t do adulting, they mean, “I’m worn out, I can’t do anymore!”  Our response should not be, “Suck it up, Buttercup!”, but “how could I help you?”

In the military, someone is assigned to “take point” when they go on patrol.  The “point man” has the most exposed position and is venerable to being hit.  If when someone says they can’t do adulting, they mean, “I really feel exposed and venerable, I need a rest.”  What should our response be?  Maybe, “OK, I take it for awhile.  Get some rest.”

Look, people get overwhelmed and mountains of trouble and responsibility rise up.  For some, that may just be a short period of time.  Perhaps when you hear them say, “I don’t want to be an adult.”  You say,”How can I pray for you?”or you just listen to them tell you their troubles.  But there may be some who have not been prepared to become an adult and they really don’t know what to do.  Perhaps that’s when you volunteer to teach them what you have learned and how to avoid some mistakes.  Make it a team effort.

I used to like a blanket tent.  I used to lay a straight back chair on the floor and used the seat as the back and the back as a seat.  Some days, it was a Indy race car.  Some days, it was a cockpit of a jet fighter.  Some days, the pillows of my bed would protect me from enemy fire as I was in a “foxhole”.   In a blanket tent, you could be any where.  You could step out of it into the Arctic circle or the jungles of Africa.  Imagination is good.  Don’t stop that.  We need a good imagination, both as children and as adults.  We need creativity.

Oh, by the way, call me when the next blanket tent goes up, I may like to join you.

BeautyBeyondBones
A 'Mike' For Christ